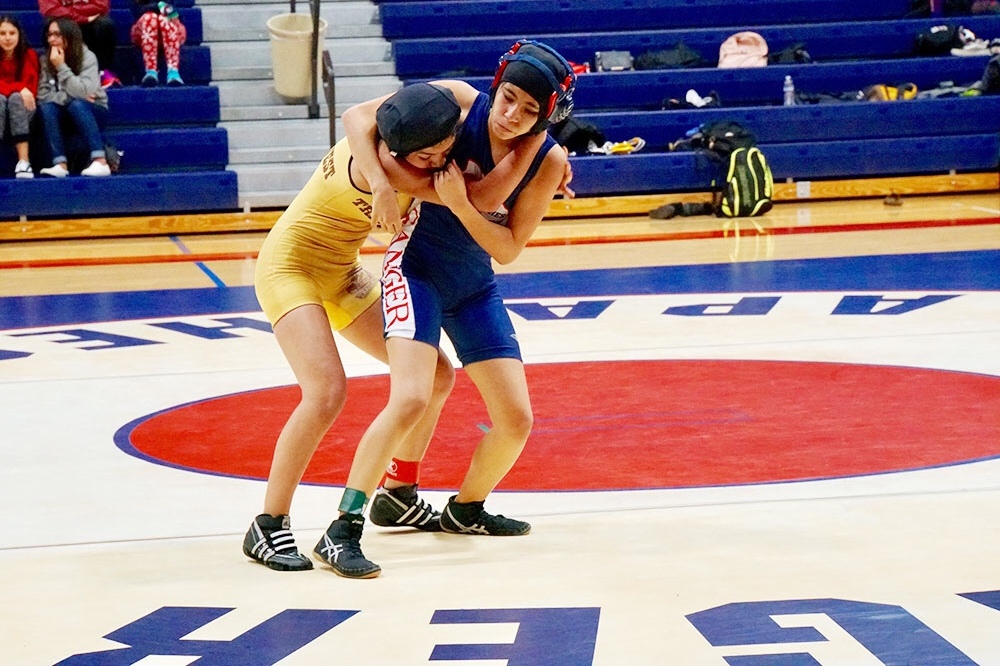 The Sanger Lady Apaches had 13 girls out of a 15 girl roster participate in this year’s tournament. The Lady Apaches left with 4 individual medals along with a 8 Place team finish.

At 106 pounds Sanger Senior Merijah Morales pinned her way through the finals taking home a gold medal. Morales pinned Delarosa of Golden West in 1 min and 37 seconds followed by a pin in :55 seconds over Lupian of South Bakersfield. Morales moves on to the Semifinals and faced Medina of Coalinga. Morales would get the Fall in :40 seconds. Morales Faced Carmen Peres of Windsor High School in the Finals where she picked up the pin in 1 min and :53 seconds.

At 143 Pounds Sophomore Abbey Ellis had a Finals Appearance for the 3rd time this year. Ellis’s first match she took on Garcia of Mission Oak picking up a decision 8-6 advancing her to the semi finals taking on Righetti’s Barr. Ellis picks up the Fall late in the second period advancing her to the finals vs Pompa of Pioneer Valley. Pompa picked up the fall in :32 seconds. Abbey Ellis would take the silver medal.

The Lady Apaches would take 8th out of 43 teams. See attached photos below for team results. 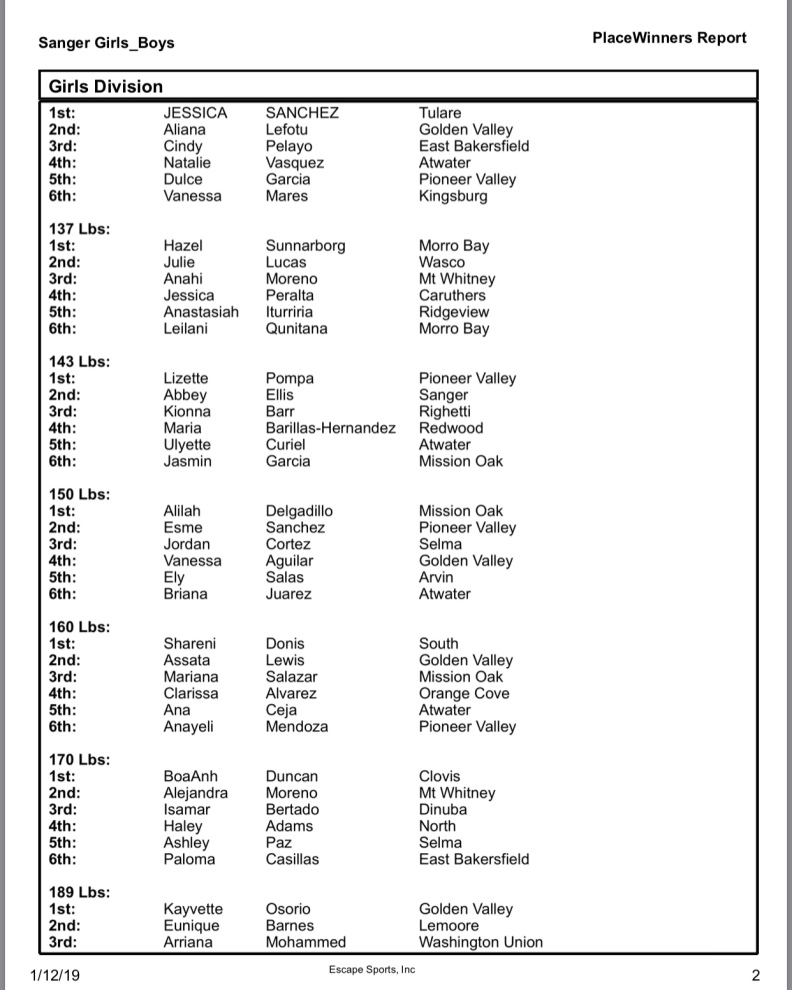 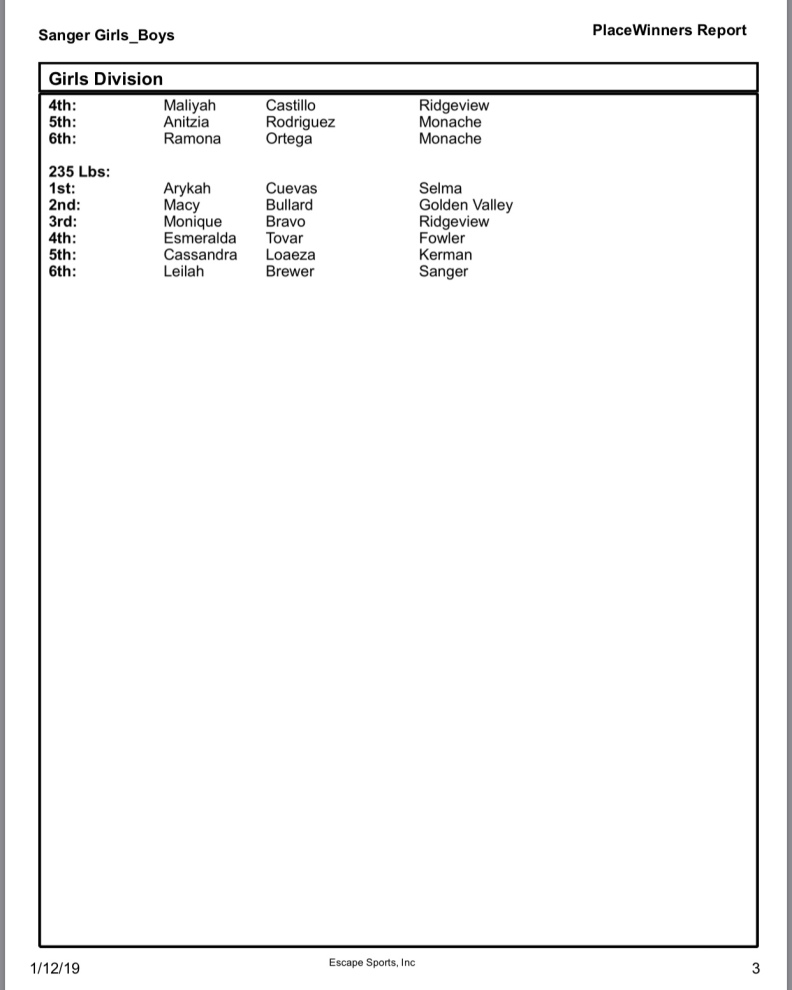