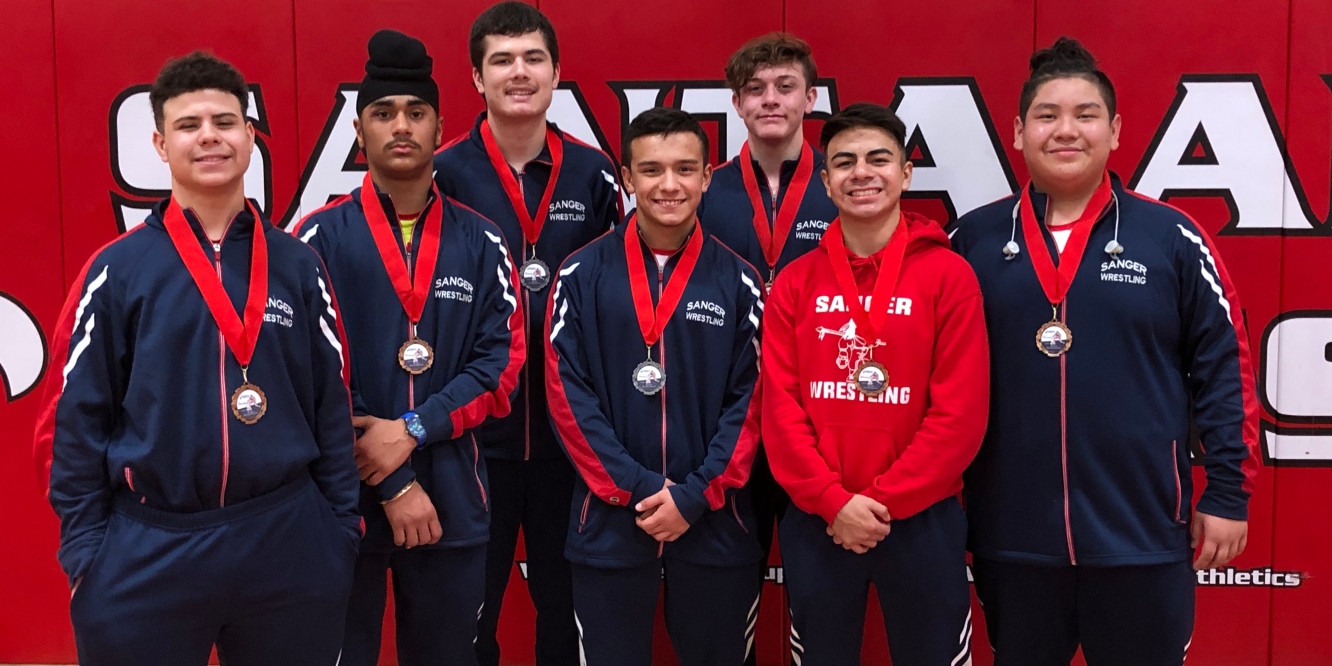 It was a great weekend to be an Apache at the ASICS Southern California Challenge hosted by Santa Ana High School in Santa Ana, CA.

Sanger 113 pounder Christian Gonzales (SO) took on Kiren Naicker of Trabuco Hills for his first match of the day. Gonzales would pin Naicker and advance on to the semifinals where he took on Nathan Muniz of Hilcrest High School. Muniz ends up getting the fall at the end of the second period putting Gonzales in the Consolation semifinals. Next Gonzales took on Andrew Rodriguez of Canyon High School. Gonzales goes on to pin Rodriguez late in the first period advancing him to the 3rd and 4th Place match. Gonzales took on Cameron Glabb of Costa Mess. Gonzales pins Cameron Glabb to take home the bronze medal. 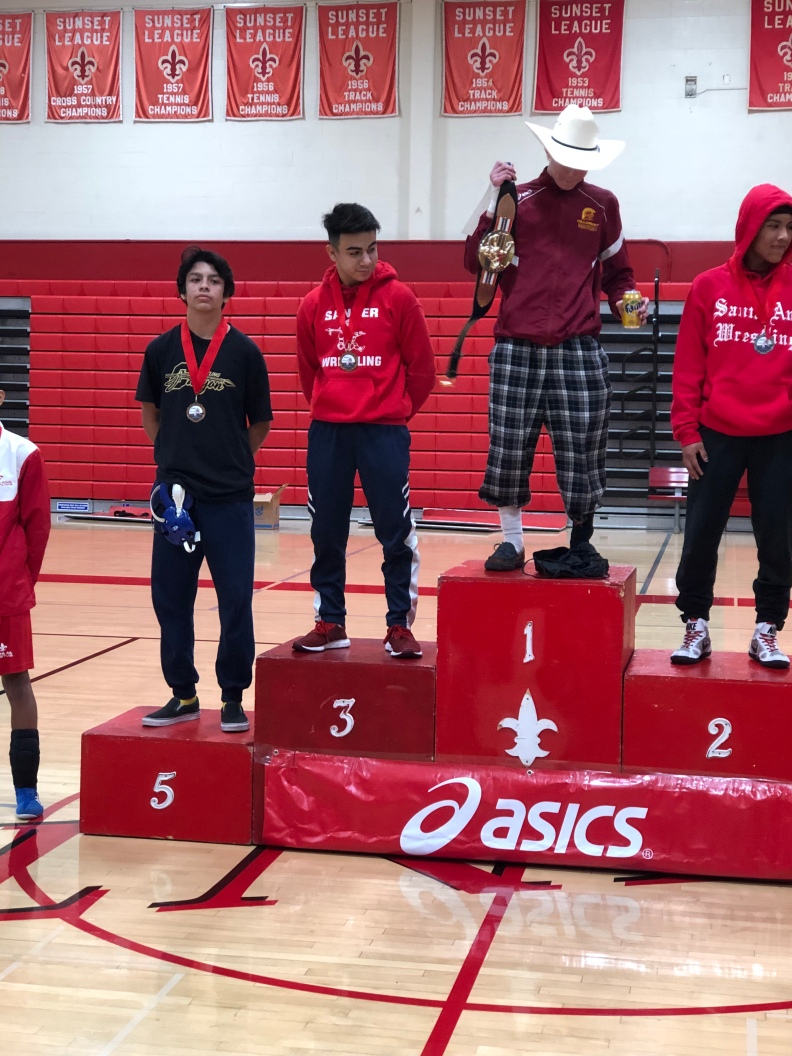 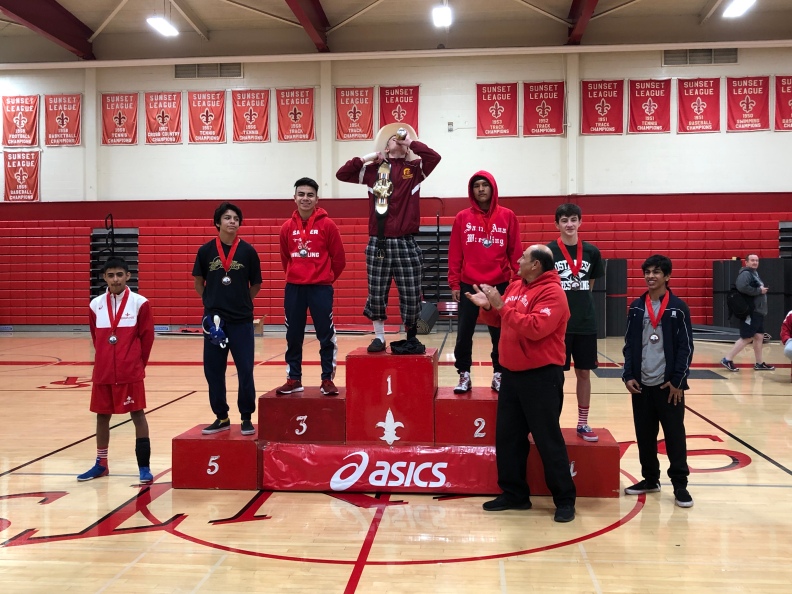 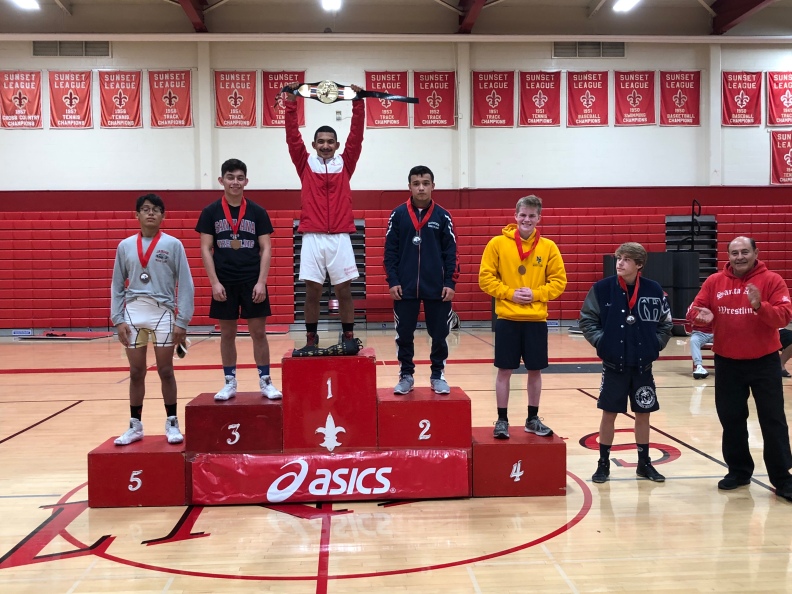 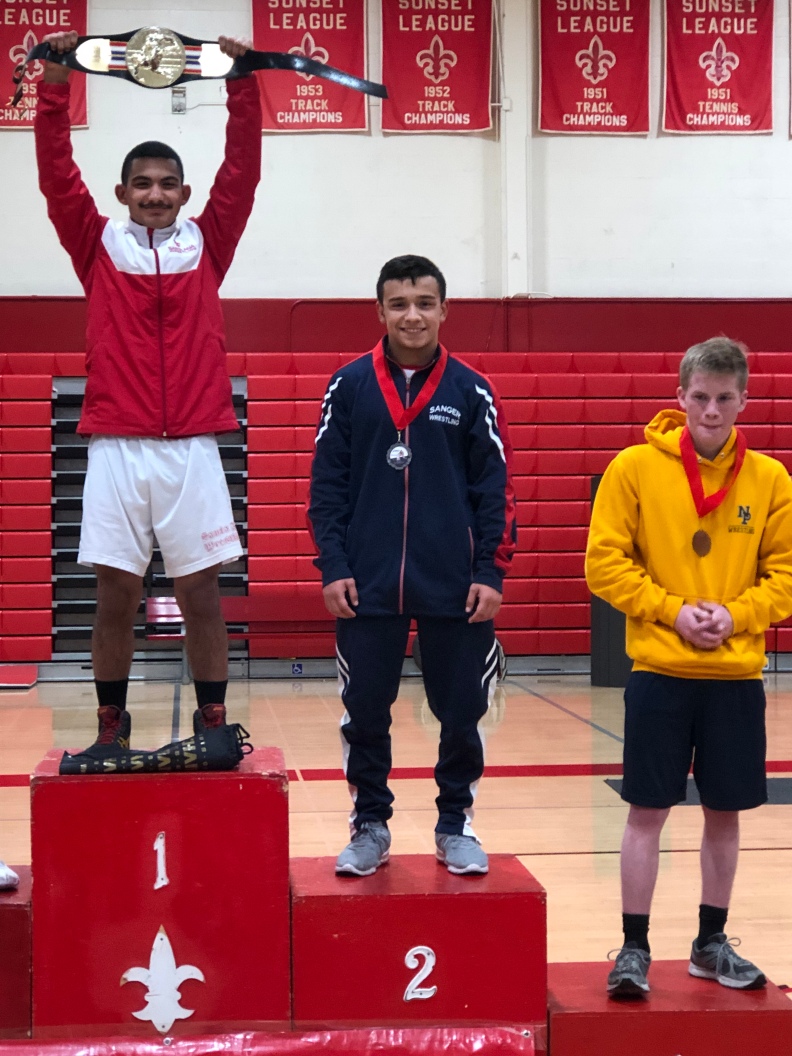 At 132 pounds Sanger Freshman Randeep Singh took on Alex Ruiz of Newberry park for his first match of the day. Singh dominates the match picking up the major decision 9-0 advancing him to the quarterfinals. Singh would next take on Jospeh Cervantes of Santa Ana. Singh battles tough but Cervantes would take a 11-2 victory. Singh dropped to the Consolation bracket putting him up against Ode Patino of Santa Ana. Singh pins Patino in :39 seconds advancing him to Consolation semifinals to take on Mason Santos of Canyon. Singh battles tough but comes up short 9-1 and would drop to wrestle for the 7th and 8th Place Medal. Singh took on Capistrano Valley’s Colin young. Young would come out on top defeating Singh 7-4. Singh takes home the 8th place medal. 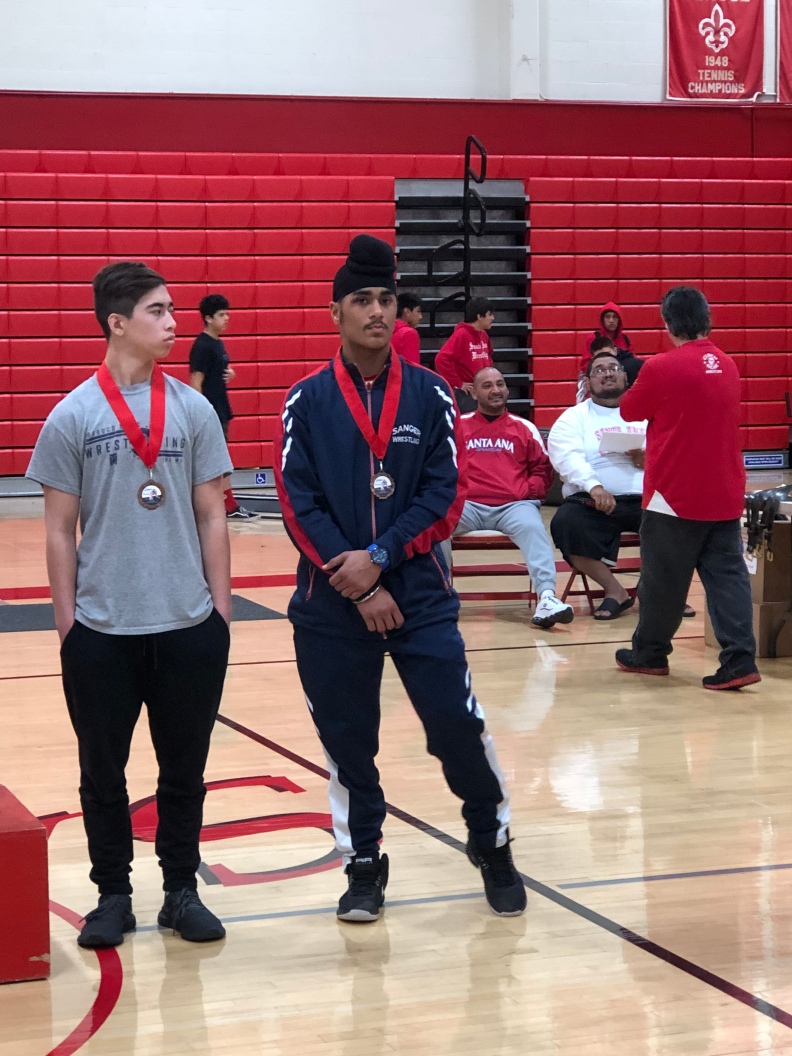 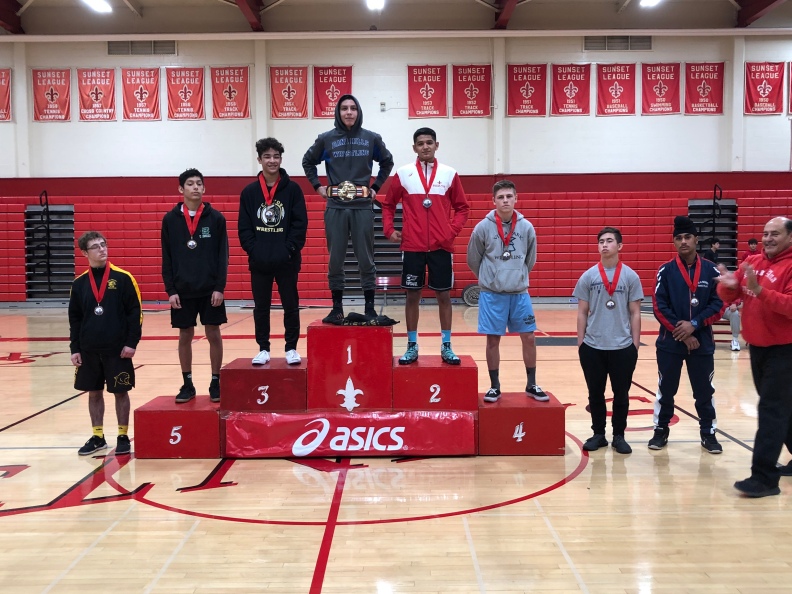 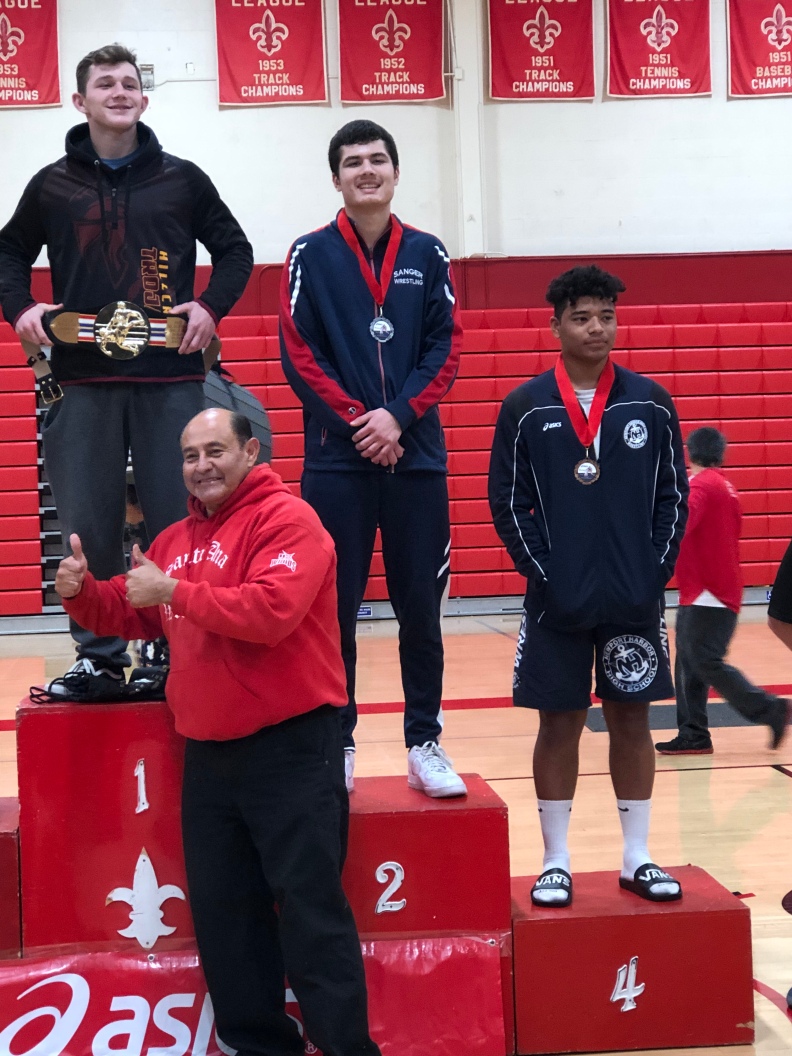 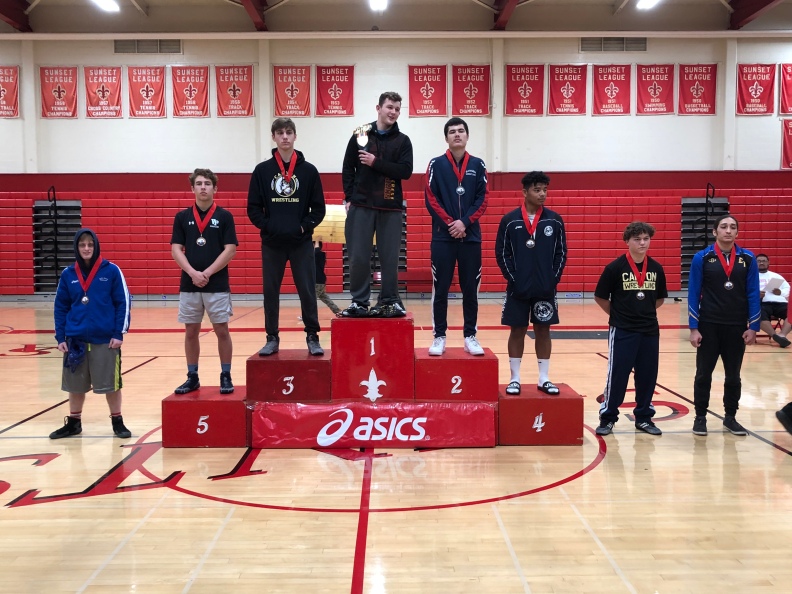 Next at 160 pounds Junior Nick Morales took on Josh Harlin of Canyon first match. Morales goes on to pin Harlin late in the 2nd period. Morales advanced to the quarterfinals to take on Gavin Roncancio of Villa Park. Roncancio gets the pin against Morales and drops him to Consolation to take on Edgar Castillo of Newport Harbor. Morales would get the pin late in the 2nd period. Morales would then take on Hilcrest’s Jesse Campuzano. Morales comes up short losing 1-0. Morales would head to the 7th and 8th Place match to take on Brett Wilcox of Canyon. Wilcox would come up on top 12-2. Morales takes home the 8th place medal. 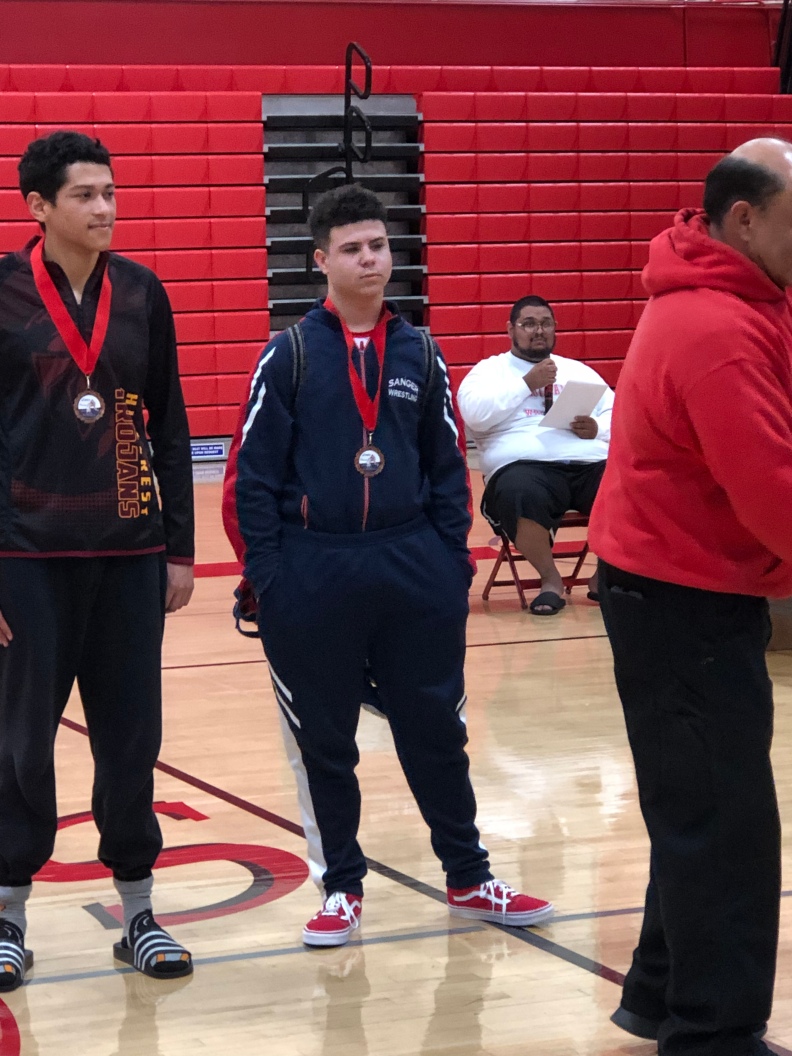 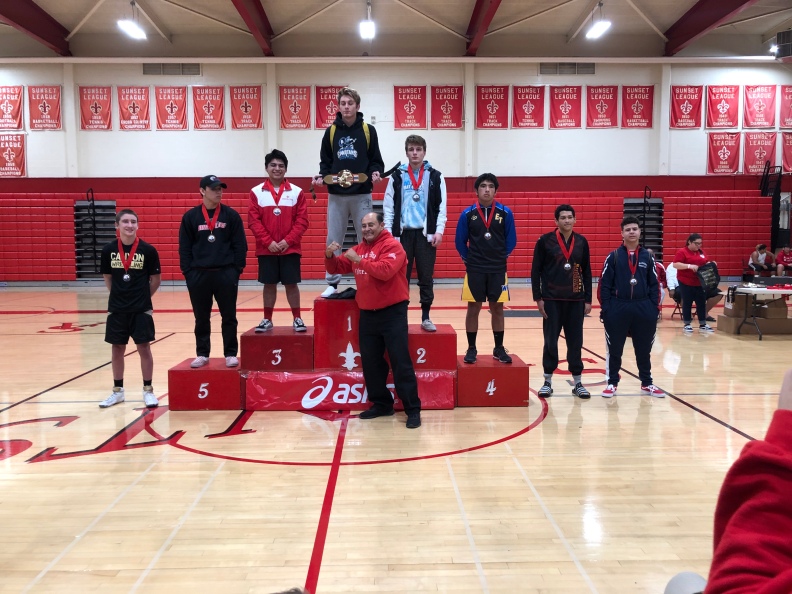 Junior 182 pounder Holden Puga took on Luis Torres of Newport first match. Puga would get the pin at the last second of the 1st period advancing him to the quarterfinals to take on Miguel Licona of Newport Harbor. Licona would get the victory over Puga 12-4 dropping him to the Consolation bracket to take on Alex Sanchez of Canyon. Puga gets the pin in :44 seconds and moves on to wrestle Jason Nguyen of Ocean View. Nguyen would get the major decision 8-0 moving Puga to the 7th and 8th Place match to take on Mike Labroad of Canyon. Puga falls short 8-4 taking home the 8th Place medal. 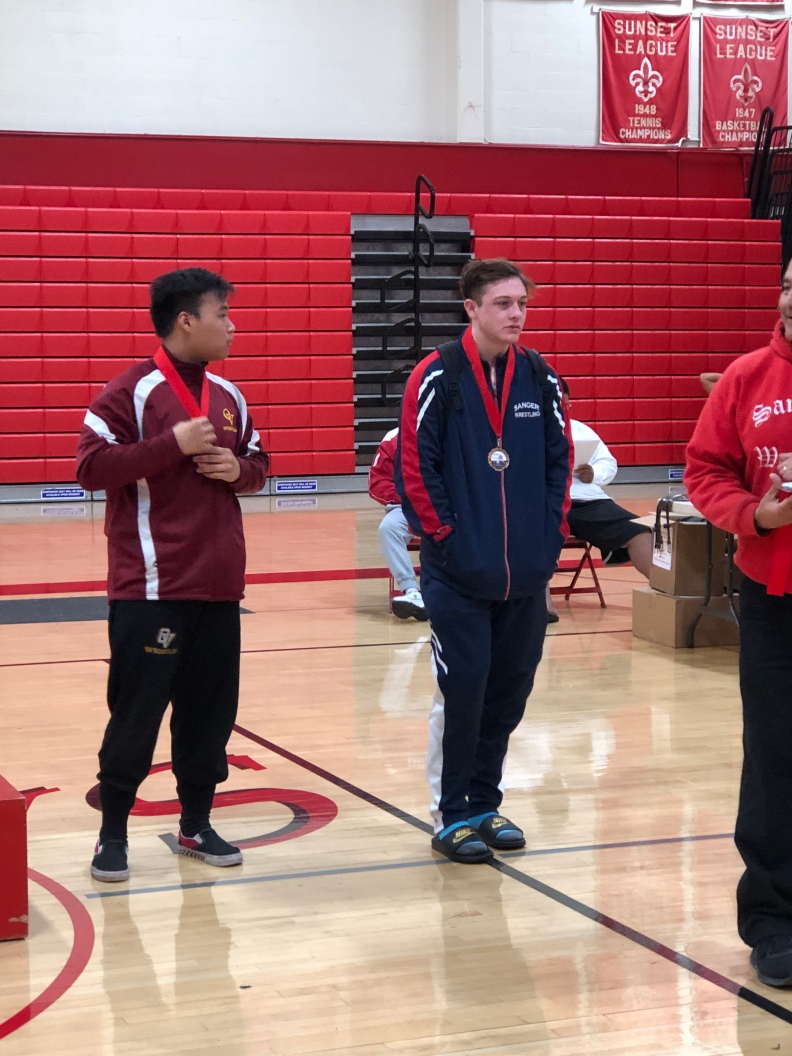 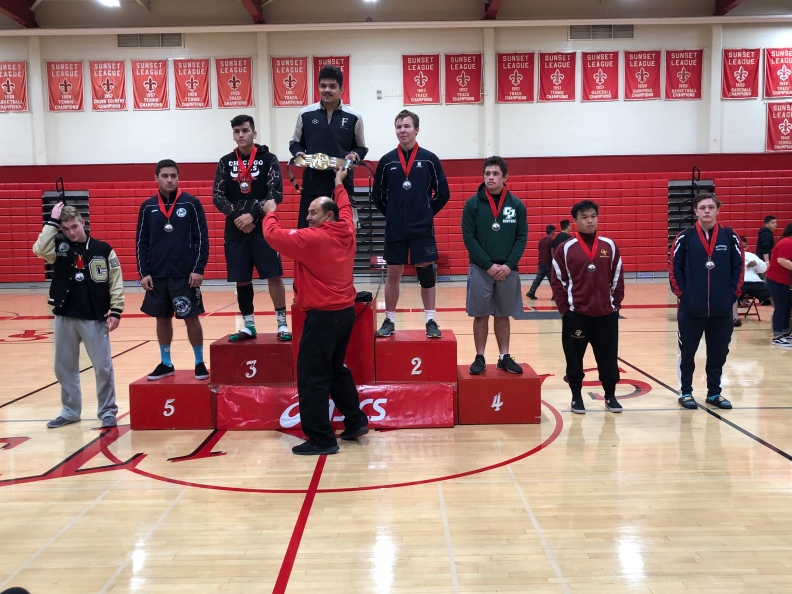 Freshman HWT Tomas Takeda took on Michael Boudreau first match and picked up the pin advancing him to the quarterfinals to take on Jospeh Dalilis of El Toro. Dalilis picks up the pin dropping Takeda to the Consolation bracket to take on Sanger’s own Bryson Davis picking up the fall in the last seconds of the 3rd period. Takeda moved on to wrestle Jorden Benton of Villa Park. Benton would pick up the pin dropping Takeda to the 7th and 8th Place match to take on Daniel Ramos of El Toro. Ramos picks up the victory 4-2 and Takeda takes home the 8th place medal. 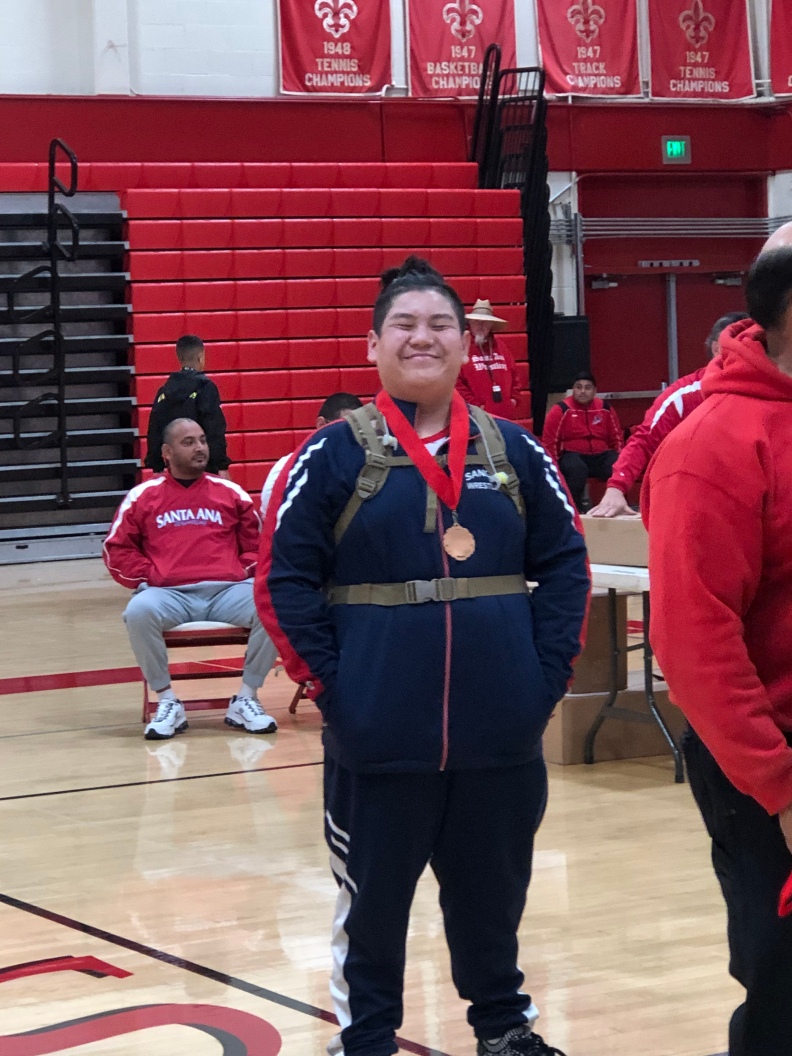 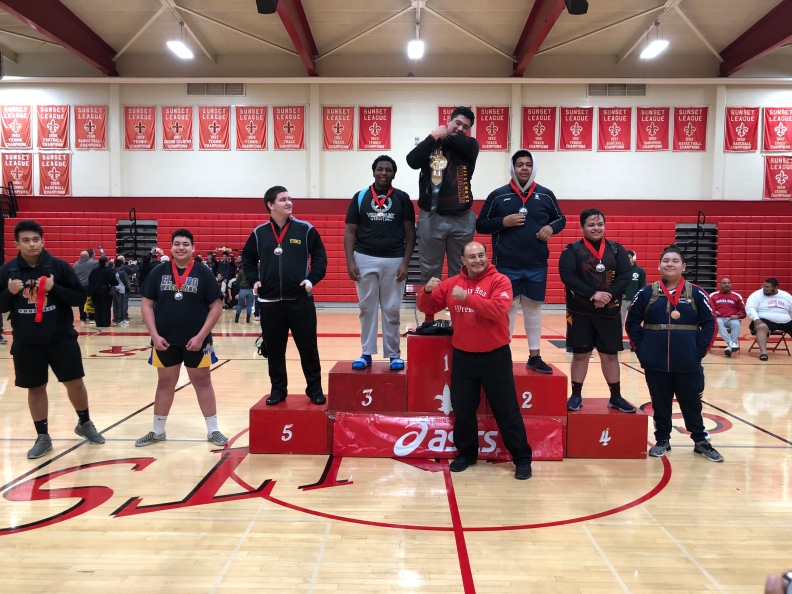 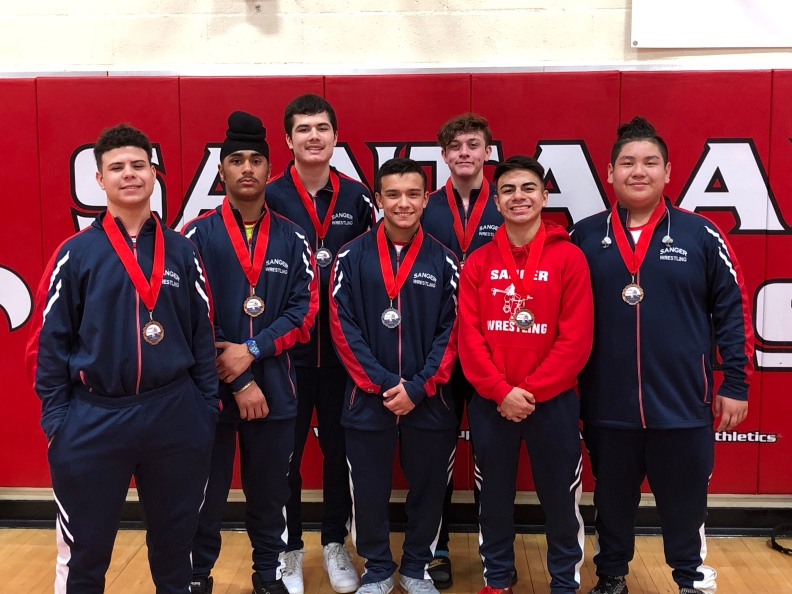 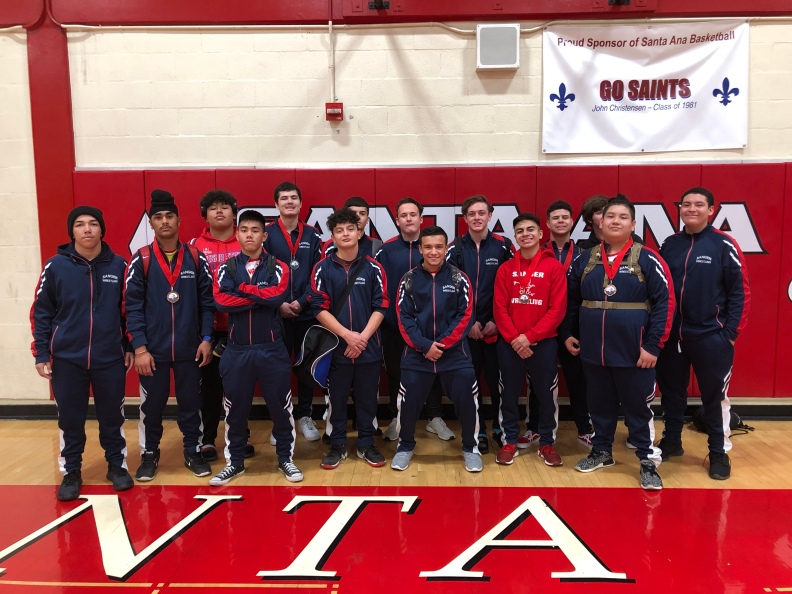